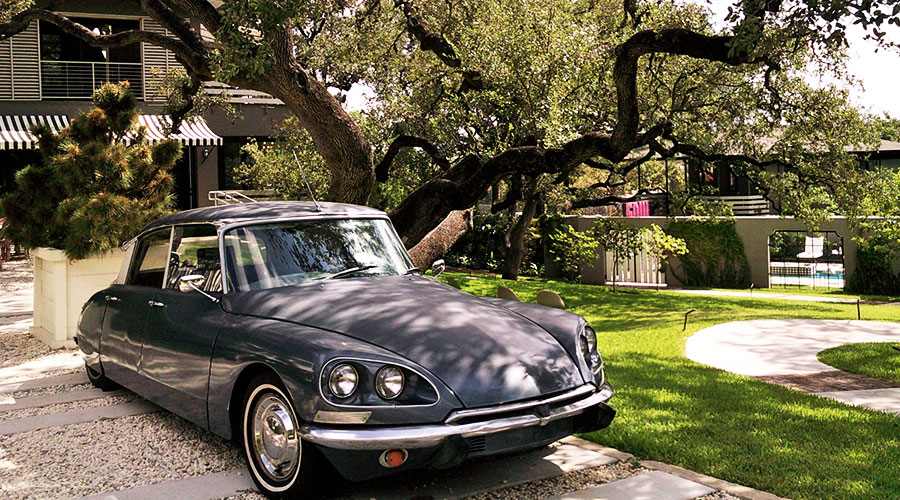 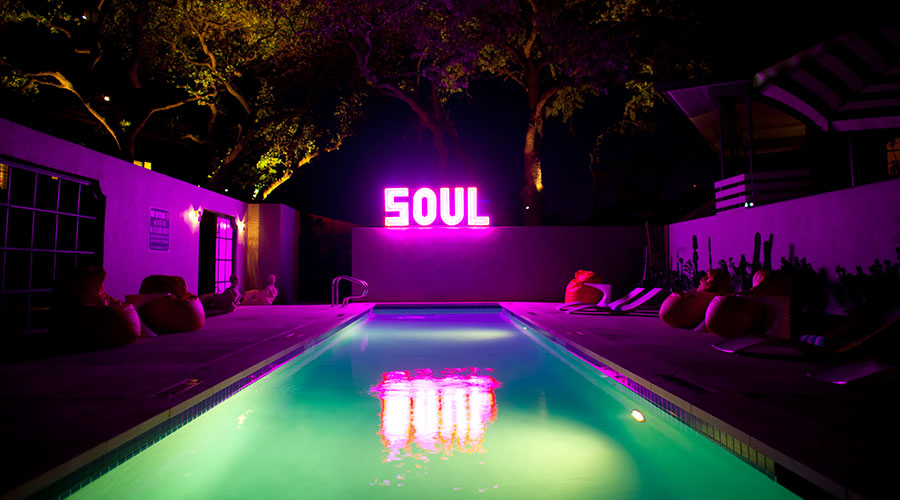 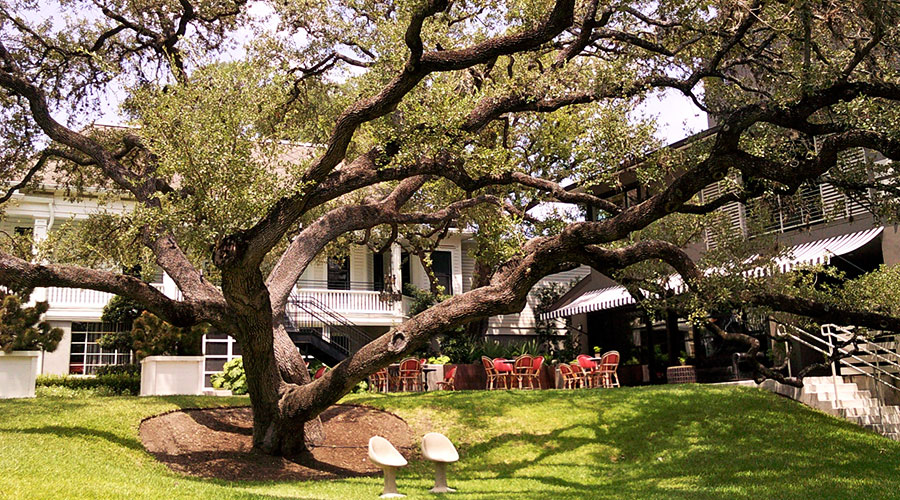 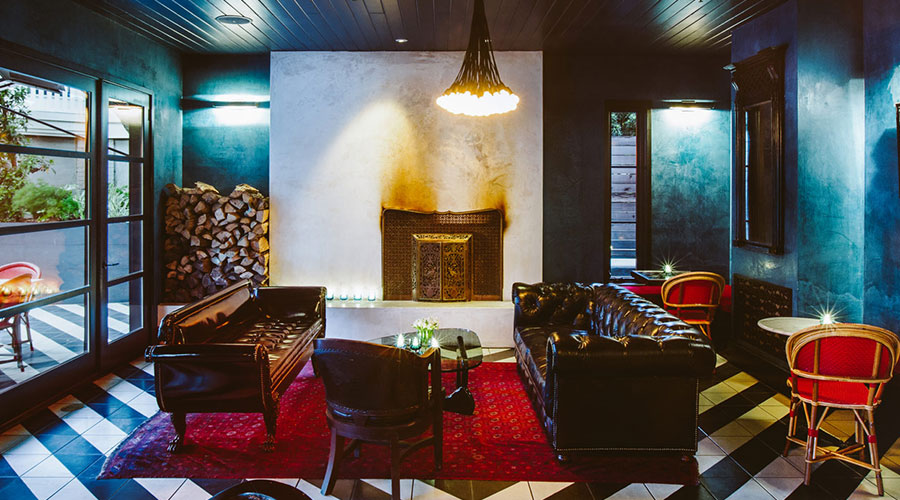 Where rock’n’roll meet traditional soul, Hotel Saint Cecelia is the most memorable place to stay when visiting the live music capital.

Aptly named after the patron saint of music, Hotel Saint Cecelia is easily Austin’s premiere boutique hotel. Having played host to the likes of Johnny Depp while filming the live music capital, the hotel’s eclectic rock’n’roll feel is inspired by Warhol, Miro and The Stones no less.

Located just off the city’s bustling South Congress avenue, or ‘SoCo’ as the locals call it, entering into Saint Cecelia’s established grounds at first feels as though you’re approaching an traditional American homestead. With sweeping verandas, a grand old oak tree out front and an original Citroen D-Special parked in the drive, you could be in a time warp. That is, before your eyes sweep across the pièce de résistance – a swimming pool crowned by a larger-than-life neon “Soul” sign that reminds you that you might as well be on a movie set.

Understated and über cool, this epic hotel was originally built in 1936 as an...

From the same owners of Austin's foremost seafood restaurant Perla's, Clark's is the...

Aptly named after the Scottish plaids that came to serve as regional identities for...

A bonafide institution, Jeffrey's is easily Austin's most well-respected fine-dining restaurant. Open since...

This handsome eatery resides in a royal blue weatherboard cottage located no more...

The perfect place to channel that bohemian rock goddess vibe the Texans are...